March Pedi of the Month

Our March Pedi of the Month is benefiting The Girl Scouts of Virginia Skyline.

A Little History on the Girl Scouts

They were founded in March 1912 by Juliette Gordon Low. When she brought that first group of girls together in Savannah, Georgia, she wanted them to explore new possibilities and the wonders of the world around them—and she wanted them to do it together.

Along with Juliette Gordon Low, also known as “Daisy,” these first Girl Scouts blazed trails and redefined what was possible for themselves and for girls everywhere. They played basketball. They hiked, swam, and camped. They learned to tell time by the stars. And most importantly, they shared a sense of adventure and a belief that they could do anything. And just like Girl Scouts do across the country and around the globe today, they offered a helping hand to those in need and worked together to improve their corner of the world.

Since the founding of the Girl Scout Movement more than a century ago, Daisy’s small circle of girls has grown to include nearly 2 million girl members and more than 50 million Girl Scout alums—united across the decades by a spirit of lifelong friendship and shared adventure and the desire to do big things to make the world a better place.

The Girl Scouts are 2.6 million strong—1.8 million girls and 800,000 adults who believe in the power of every G.I.R.L. (Go-getter, Innovator, Risk-taker, Leader)™ to change the world.

Our extraordinary journey began more than 100 years ago with the original G.I.R.L., Juliette Gordon “Daisy” Low. On March 12, 1912, in Savannah, Georgia, she organized the very first Girl Scout troop, and every year since, we’ve honored her vision and legacy, building girls of courage, confidence, and character who make the world a better place.

We’re the preeminent leadership development organization for girls. And with programs from coast to coast and across the globe, Girl Scouts offers every girl a chance to practice a lifetime of leadership, adventure, and success.

To learn more about the Girl Scouts and the Virginia Skyline Chapter Click Here. 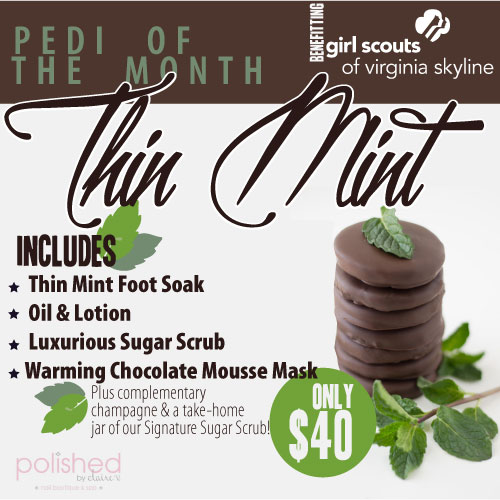